GÖBEKLI TEPE (Potbelly Hill – Pre-Pottery Neolithic A – Early Pre-Pottery Neolithic B: 9600-8200 BC)  Göbekli Tepe archeological site have recently found itself a widespread place in the worldwide media due to its charming monumental architecture consisting of round-oval and quadrilateral structures with the prominentT-shaped obelisks made of big and monolithic limestone.

These structures are dated to the Early Neolithic Period and are believed to be used for ceremonial purposes. These structures, shown as the oldest megalithic structures made of human beings, were constructed mainly in order to meet the ceremonial needs of the human beings constructing the site in prehistoric times. Göbekli Tepe is a huge and artificial hill consisting of archeological deposits (archeological remnants, debris and dumps) on a natural limestone plateau for a period of 1400 years and the collapsed areas separating the deposits.

The location has a prevailing visibility from the Harran Plain on the south, Şanlıurfa City center and Kaşmer Mountain on the west/northwest and Tektek Mountains on the southeast. In clear weather, Eastern Taurus on the north and Karacadağ Volcano on the northeast can be seen on the horizon.

The easily visible location of Göbekli Tepe is not arbitrary and it indicates that this area had a great importance for the people constructing here in prehistoric times. Klaus Schmidt, who started the archeological studies in Göbekli Tepe in 1995 and conducted the studies until 2014 when he passed away and who is remembered with the first two decades of research, stated that Göbekli Tepe was a significant c 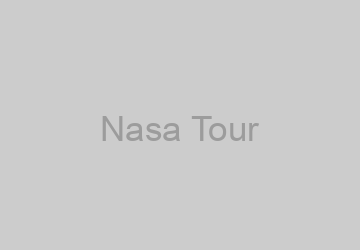 If you have already find your way to Alanya's famous harbor, you may have noticed that it is full of boats
Read More

Do You Want To Swim With Dolphins

Are You intersted To Try Diving in Alnaya

ARE YOU INTERESTED TO TRY DIVING IN ALANYA
Read More

Shopping in the Center of Alanya

Surely you are interested in how to do your favourite shopping in Alanya, right?
Read More

Towards to the Green Canyon

About Alanya Jeep Safari Is Jeep Safari a familiar excursion for you in Alanya
Read More
This site uses cookies. Click Accept to accept use of these cookies.